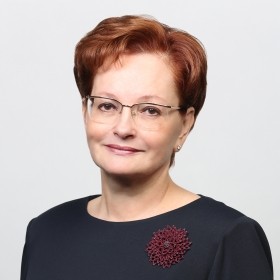 Chairperson of the Legislative Duma of Tomsk Oblast

Deputy of the Legislative Duma of Tomsk Oblast, was elected on the regional list of the Territorial Oblast Office of the All-Russian Political Party "United Russia."

Date of registration of the elected deputy: September 26, 2016

Oksana Vitalievna Kozlovskaya was born in Tomsk in December 1954.

Holds a Doctorate of Economics.