Today, Oblast deputies scheduled early elections of the Governor of Tomsk Oblast for September 10, 2017. This matter was the only item on the agenda of the 9th meeting of the Oblast parliament, which was essentially convened for this purpose. 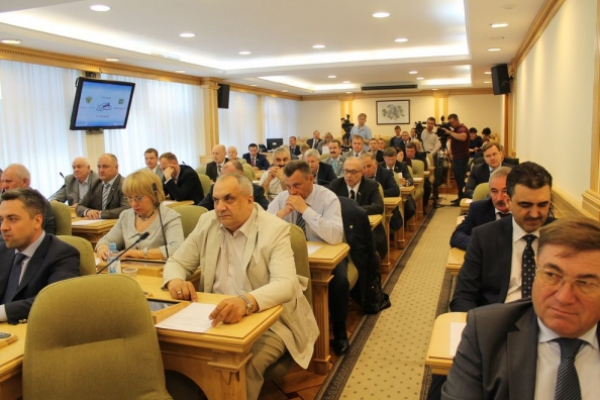 The draft resolution on scheduling the elections was presented by Oksana Kozlovskaya, the speaker of the Duma.

Vladimir Putin, President of Russia, terminated the powers of Sergey Zhvachkin, the Governor of Tomsk Oblast, before the end of his term on February 21 of this year with Decree No. 78, based on the application of the Head of the Oblast.

According to the requirements of the Federal Law "On the Main Guarantees of Electoral Rights and the Right to Participate in a Referendum of the Citizens of the Russian Federation" and the regional law "On Elections of the Governor of Tomsk Oblast," this must be followed by early elections for the Head of the region.

The laws establish a tight spread for the determination of date of holding of an election. Oblast deputies should take such decision only in a period from June 1 through 11 of this year. The draft resolution on the scheduling of the gubernatorial elections was submitted by deputies Oksana Kozlovskaya, Aleksandr Kupriyanets and Vitaly Ogleznev.

39 votes "for" with no "against" or "abstained" votes allowed the deputies to schedule early elections of the Governor of Tomsk Oblast for September 10, 2017. The expenses for preparing and holding the gubernatorial elections were included in the regional budget for 2017 and for the planning period of 2018 and 2019.